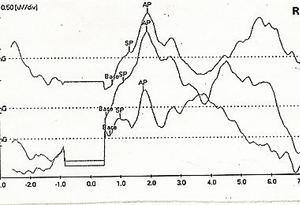 This portion of the Meniere’s disease discussion will cover several issues, including its relationship to migraine.

There has been much recent discussion about “Vestibular Migraine” (VM) causing symptoms similar to Meniere’s disease. This is somewhat controversial or at least difficult to understand and so this discussion is intended to inform the reader about details of both disorders, their similarities and differences as well as some of my own observations as a clinician regarding this issue.

Meniere’s syndrome criteria for diagnosis have changed through the years.  The current criteria were discussed in a simple manner in the above section and in greater detail below.  Many physicians, even some ENT doctors, consider patients as likely having Meniere’s syndrome even when they do not fit the current criteria perfectly.  There are a few reasons for this, but the main one seems to be that there are many patients whose symptoms neither fit all the criteria of Meniere’s, nor all the criteria for other vestibular disorders causing vertigo.  The concept of Vestibular Migraine (VM) seems to fill this void, perhaps to too great an extent.  The problem is that some patients also do not fit all the criteria for VM.  In the past it was fashionable to use the term “vestibular Meniere’s” to reconcile this problem, meaning Meniere’s that does not have the hearing loss or other ear symptoms.  Many experts now discourage use of the term “vestibular Meniere’s”, which is considered outdated.

According to current AAO-HNS definition of Meniere’s syndrome (after Neil Shepard, eAudiology, August 1, 2014, Web Seminar on Migraine vs Meniere’s Syndrome-):

“Definite” Meniere’s Must Have:
1 ) 2 spontaneous spells 20 minutes or greater, but not more than 24 hours in length,
And,
2 ) Documented sensorineural hearing loss on at least 1 occasion (this presumably means if sensorineural hearing loss is already present, there will be a temporary worsening of the severity of the loss.)
3 ) Aural fullness, or, Tinnitus in the affected ear

“Probable” Meniere’s Must Have:
1 ) 1 spontaneous spell of vertigo, as above,
And,
2 ) Hearing loss, or, tinnitus, or aural fullness (criteria as above)

1 ) 5 or more attacks of vestibular symptoms at least of moderate severity,
Duration 1 min to 72 hours
2 ) Current or previous history of migraine
3 ) One of the following during 50% or more of the dizzy events-
Well defined migraine
Or, phonophobia (sound bothers them, not just “too loud”)
Or, photophobia
Or, visual aura
(that are not attributable to other disorder)

As can be seen from the above, there is some overlap in criteria of the two disorders in terms of time frame.  Also, headache is common, as is tinnitus and fullness in the ears.  This commonality has always led to a tendency of over diagnosing one or the other disorder.  It requires careful testing and careful following of the criteria to avoid jumping to diagnostic conclusions too quickly.  Sometimes doctors wisely resort to simply trying a migraine medication in order to determine this etiology.  But because attacks of vertigo in either disorder can be so infrequent, it is not always easy to determine the effectiveness of this trial and error approach to therapy.  More emphasis will hopefully be placed on the further development of objective tests for these two disorders.

Relation of Meniere’s and BPPV

In Meniere’s syndrome, fluid build-up, “endolymphatic hydrops”, is thought to come and go.  Cause of the fluid build-up being presumably an over-production of fluid, or by contrast, a decreased ability of the ear to drain the fluid fast enough. The fluid build-up however is controversial as to whether it is the cause of the dizziness or the effect of some other factor that is irritating the inner ear.  Some researchers have associated “crystals” (otoliths) in the vicinity of the enlymphatic duct.   Could these clog the duct and create fluid build-up?  Approximately 50% of Meniere’s patients also have BPPV, therefore there appears to be some relationship between otoliths and Meniere’s, causing some “chicken or the egg” questions.  Does Meniere’s cause BPPV, or vice versa or both? One particular patient of ours, who is a BPPV frequent “repeater”, having a positive Hallpike approximately every three months, and who is cleared by the Epley maneuver, has widely varying degrees of her BPPV symptoms, sometimes becoming quite severe.  These BPPV episodes seem occasionally to “turn into” full blown Meniere’s episodes.

Relation of Migraine and Meniere’s

Another confusing issue is the Migraine – Menieres relationship.  Migraine, having been recognized as often being mistaken for Menieres, is often considered the culprit whenever Meniere’s symptoms do not fit the strict criteria of Meniere’s.  It should be remembered, however, that Migraine must have, if not a headache, at least some other the other aspects of migraine.

Applicability of ECog in Diagnosis of Meniere’s.


The fluid build-up that often (if not always) occurs in Meniere’s, is found in the internal chamber of the cochlea and vestibular system, the “endolymphatic duct”.  This build up results in a stiffening of Reisner’s membrane, which gives rise to a larger than average “summating potential” assessed by “electrocochleography” (ECog).  ECog is most effective and sensitive on a day when the patient is having at least some of the symptoms.

Electrocochleography has long been used somewhat successfully for the diagnosis of Meniere’s disease.  The test is based on the premise that hydrops (fluid buildup) in the cochlea is the cause of Meniere’s disease symptoms.  There is recently some doubt about the fluid buildup theory being the cause of symptoms.  Instead, fluid buildup is being thought of as being more the effect than the cause of some other cochlea irritation.  Nevertheless, there still appears to be an association between fluid buildup and Meniere’s symptoms.  ECog operates on the concept that with fluid buildup, there is a stiffening of Reisner’s membrane, which in turn results in an enlarged “summating potential” wave in the response.  Research results vary as to the significance of this marker being a clear indication of Meniere’s.  Some of the uncertainty seems to stem from the way in which the test is performed.  Electrodes placed closer to the cochlea result in greater, more distinguishable waveforms, although somewhat more discomfort for the patient.  Penetrating the eardrum has the highest success rate but greatest morbidity.  Canal electrodes, at the other extreme, have highly variable results.  In our lab, placing the electrode on the surface of the eardrum provides results that correlate highly with patient’s symptoms of Meniere’s disease, and provides minimal discomfort in most patients.