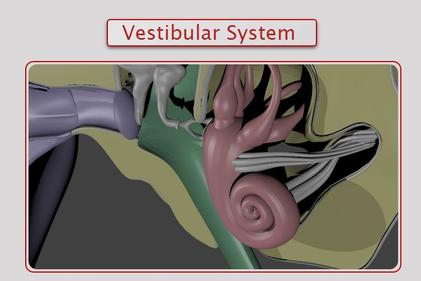 Vertigo disorders can be so mild that it does not seem to the patient that anything is moving.  There may just be a feeling of lightheadedness, wooziness, or being “a little off”.   Unfortunately, this too frequently causes clinicians to rule out the inner ear.  Older persons with inner ear vertigo may deny feelings of spinning or dizziness even when the examiner observes “nystagmus”.  In many aging patients with vertigo, there is a gradual loss of the vertigo feeling even though the disorder remains with a general imbalance that can lead to falls.  If the disorder worsens, the patient may then realize that there is a spinning sensation.  Some patients with mild “vertigo” disorders never do feel a spinning sensation, saying that they feel only lightheaded.  The clinician in such cases may feel that the cause is more likely due to blood pressure, heart, metabolic or brain issues, which often sends the patient on a lengthy journey through various tests and physician visits.  For these reasons, it is wise to look for nystagmus in all older patients, and use the Epley maneuver liberally even when nystagmus is absent.

Nystagmus, the hallmark of inner ear vertigo, is suppressed when a patient is focusing the eyes on a target, therefore, nystagmus must be observed in situations that prevent the eyes from focusing such as using video goggles, high diopter spectacles or holding a piece of white paper in front of the patient’s eyes (this latter method is somewhat less effective, however).  More about the specific tests for vestibular disorders is covered in the testing sections.

Because vertigo can be caused by so many things (but usually the ear), patients often get the run around.  This happens for two basic reasons:  the possible causes of vertigo are many and potentially serious, including brain disorders.  This situation requires the doctor to rule out life threatening causes first.  Second, vertigo is very difficult for patients to describe, which causes clinicians to attribute symptoms to disorders other than those of the inner ear.  Some clinicians require the patient to report “spinning” before they will consider an inner ear cause.  In addition, symptoms for both serious and non-serious vertigo can be surprisingly similar.

With “dizziness” being a broader term than vertigo, patients often use this term when they are trying to describe vertigo, but also use the term “dizziness” to describe non-vertigo symptoms such as feelings of lightheadedness, disorientation, imbalance, confusion, abnormal blood pressure changes, fainting spells, visual problems, metabolic issues or brain disorders.  Vertigo, however, is not limited to inner ear problems.  Brain problems, eye issues and even some neck disorders including muscle tightness can also cause vertigo, or a feeling of motion.  In our experience, however, neck disorders causing vertigo are rare and need to be quite severe to cause vertigo.

The symptom of dizziness or vertigo usually heralds a difficult diagnostic problem.  A patient may have multiple disorders that are considered to contribute to their dizziness, but it is unwise to simply label this situation as “multifactorial”.  There may truly be multiple factors contributing to the patient’s problem, but there is likely one main factor which has recently arrived or worsened which is the true “culprit”, the removal of which can return the patient to the status of a non-faller.  Use of the term “multifactorial” often just means that the main cause is still unknown.  In our experience, the primary cause of vertigo in the patient is usually ascertainable, and very often is peripheral vestibular.  Causes that the clinician may be more familiar with are often wrongly blamed as the main cause of the patient’s dizziness or vertigo.  Spending time with the patient is usually a key ingredient to finding the main cause.  Inner ear causes are more common than generally believed and are unfortunately under diagnosed.  Very often, once an inner ear problem is diagnosed and solved, the multi-factorial designation disappears.

Realizing that the symptoms of dizziness or vertigo are not specific to one particular disorder, how is the clinician to prioritize testing?  Priority should of course first be given to potentially serious disorders including problems that are likely to worsen rapidly.  This should include looking for symptoms that may be occurring in other body systems that accompany the dizziness.

When taking a history, the first question should be the open ended “What are you experiencing?”.  Because patients get very quickly off track, often relating the nature of their emotions, fatigue, frustration, etc., the patient may be brought back to the main issue with the follow-up question, “Let’s focus on how your sensation feels.”  Next, ask appropriate questions that relate to the particular common vestibular disorders.  Focusing on the disorders is a better approach than using general categories as the starting point such as duration, frequency or time of day.  These issues will come out later on.

One of the pioneers of vestibular assessment, Charles Stockwell, said, “Eighty percent of the patients you will see in the vestibular lab, will have BPPV.”  I doubted this statement for several years but have come to believe its truthfulness.  Specifically, BPPV often goes undetected since it can be present with normal Dix-Hallpike results.  Also, in older adults, the sensation of vertigo may be completely absent in BPPV; however, the patient may notice general imbalance which improves once an Epley or other maneuver has been performed.  The Dix-Hallpike and Epley are so easily performed that they should be done rather routinely, again taking a “guilty until proven innocent” approach.

The second most common inner ear cause of vertigo, vestibular neuritis, also often goes undetected.  After major symptoms have diminished, the only abnormal sign may be nystagmus on the headshake test as well as sometimes mild spontaneous nystagmus that follows Alexander’s Law (nystagmus enhanced when looking in the direction of the fast phase).  The latter is often only seen using visual suppression such as with video goggles with vision denied.  See the testing section for more details.

The above diagnostic approach, of looking for common disorders first, leads to more specific questions and directs the examiner to a conclusion more quickly than a completely open ended or categorical process.  Because dizziness is so ubiquitous and hard to describe, it is a good idea to use such an approach, which focuses on the various disorders but leads the examiner more quickly toward the correct disorder.

If the patient is eventually found in the realm of the audiologist because most other possibilities excepting the inner ear have been ruled out, when choosing various tests, the audiologist focuses on the various inner ear disorders that may cause the combination of symptoms described by the patient.  For example, the patient may say they felt dizzy beginning one week ago, without other symptoms, and the dizziness though constant, is gradually getting better. This would likely rule out Meniere’s disease or positional vertigo (BPPV), which both have episodes of shorter durations, but would not rule out disorders such as viral labrynthitis or vestibular neuritis which usually start suddenly, then dissipate slowly.  Having a thorough understanding of the various inner ear disorders as well as lots of experience listening to patients describe vertigo symptoms, are prerequisites to correctly identifying the possibilities and then recommending appropriate tests.   Vestibular testing is usually more productive if performed on a day when the patient is somewhat dizzy.  This is especially true of ECog, which we still find productive if using a TM surface electrode.

The “vestibular system” refers to not only the inner ear’s “motion sensors” (semi-circular canals, utricle and saccule), but also to its central nervous system connections.  The term “peripheral vestibular” therefore refers to just the “inner ear” portions of the vestibular system, namely the semicircular canals, which detect circular motions of the head, and, the utricle and saccule, which detect linear motions such as sideways or up-down directions respectively.  From these peripheral organs the “vestibular nerve” sends its signals to the pons in the brainstem, where nerves branch out to trigger various reflexes such as with eye muscles, neck muscles and spinal cord mediated skeletal muscles.  The purpose of most of these reflexes is to help maintain balance.  In the case of eyes, however, the “vestibular-ocular reflex” triggered by the inner ear also helps maintain the eye’s visual image on the fovea when the head is moving.  Problems with this reflex are the root cause of much of the uncomfortable sensations of vertigo and nausea since the patient’s environment seems to be spinning.  Signals from the peripheral vestibular system are also sent to the cerebellum as well as upward to the cortex.

In inner ear vertigo, the patient’s perceived motion is usually a horizontal spinning sensation but can also present as a rocking motion or even an up and down sensation if the eyes are jerking vertically.  It is unwise, however, to take as gospel the patient’s stated direction of environmental movements.  Statements by the patient regarding the direction of the environmental movement are often mistaken; also, direction of eye movements can change somewhat depending on the direction in which the patient is gazing.  If eyes are truly moving purely in the up-down plane, this can be a sign of central nervous system disorder; however, up or down jerking can also indicate BPPV, even when no rotatory aspect of the eyes is apparent.