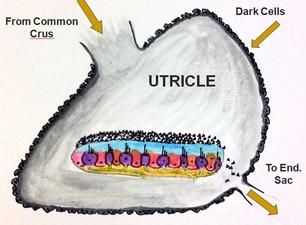 When inner ear vertigo-type disorders are present (BPPV, vestibular neuritis, Meniere’s, etc.).  There is usually also some effect on the balance system.  Whether this balance deficiency is recognized by the patient is another matter, especially in older patients who often do not “feel” the imbalance or vertigo to the extent a younger person might.

BPPV is not generally thought of as affecting balance to a significant degree, but our experience is that it does.  Younger patients with BPPV generally recognize the immediate improvement of their general balance once the BPPV is solved with an Epley maneuver.  Mild head shake nystagmus often resolves once the BPPV is cured.  Older patients, who represent the majority of cases of BPPV, often do not recognize much difference in their balance once the BPPV is resolved.  Clinicians, however, as well as family members, often notice the patient’s improvement in general balance, with fewer falls occurring.

In addition to the vertigo, which is the major complaint in vestibular neuritis, the balance disturbance in these patients is also very significant.  Patients are understandably more severely off balance in the dark, and may remain so even when the vestibular neuritis is compensated.

Balance disturbance in Meniere’s is generally confined to the period during the vertigo episode.  If the disorder progresses, however, the imbalance as well as some mild vertigo might be constantly present.  During the beginning, acute stages of Meniere’s, balance therapy is generally not performed.  This is because the need is not very great because balance is normal between episodes.  In addition, therapy is more difficult because with the fluctuation of balance, the nervous system has a harder time adapting.  If the Meniere’s disease progresses to a state where the imbalance is constant, then vestibular rehabilitation may be more necessary and successful at that point.