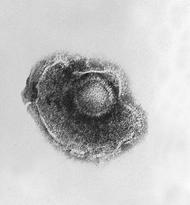 As a clinician working with dizziness, I have heard the following story hundreds of times.   ‘ I woke up and the room was spinning.  I thought I was having a stroke so I was taken to the emergency room.  They gave me a CT scan and other tests and couldn’t find anything wrong.  They said it might be my ear.  They gave me something to make me feel better and told me to see my doctor.  Now I just feel “a little off” when I turn my head.  I no longer spin, but I feel like something is just not right, kind of like I am almost dizzy but not quite.  This feeling becomes worse when I move around a lot, such as turn my head quickly.  Some mornings I wake up and think I am fine, but then when I get up and start moving around, I feel it again.  It is there every day.”

What these patients are describing is usually “vestibular neuritis”.  Besides the vertigo, there are no other symptoms except sometimes a headache following the attack as well as nausea.  There are usually no ear symptoms and no hearing loss.  If there is a new sensorineural hearing loss and/or tinnitus (which there usually isn’t), then the term viral labrynthitis is used for the condition.

In the beginning stages of vestibular neuritis, the dizziness is usually quite severe but tapers off over a matter of hours until the patient is left with a milder version of the symptoms.  The symptoms of vertigo are often ameliorated by central nervous system suppressors (Antivert, meclazine, etc.), although these are not meant as a “cure”.  Such medications are prescribed to reduce symptoms, however there is a downside to these in that while using them, the patient’s central nervous system has a harder time compensating on its own.  Most “ear, nose and throat” physicians recommend weaning off these medications as soon as possible so that the body’s natural adapting mechanisms, along with rehabilitation exercises, can permanently solve the problem.   This is the case, to some extent, with any medication that suppresses the nervous system including anti-anxiety medications.  Sometimes patients are placed on “anti-dizzy” pills indefinitely, which is not necessary in most cases.   A better solution to lingering vestibular neuritis is “vestibular rehabilitation” exercises that help the body adapt and habituate the feeling of dizziness.  This type of rehabilitation can be directed by audiologists trained in this therapy or by certain physical therapists that have been trained specifically in vestibular rehabilitation.  Without the exercises, a patient may go years living with the dizziness in the belief that nothing can be done.

A virus in the herpes family is currently regarded as the cause of vestibular neuritis.  The virus usually attacks only the inner ear’s vestibular branch of the vestibulocochlear nerve without additional symptoms elsewhere in the body.  There are usually no ear symptoms.  On occasion, a more general viral infection in the body can precipitate the disorder.  These may include measles, mumps, polio, and others, although vestibular neuritis usually presents without any general viral infection in the body.

Vestibular neuritis is usually a one-time occurrence, with only about 5% of patients having recurrence.  The severe bout of vertigo that usually heralds the start of the disorder is often mistaken for an attack of Meniere’s because a patient may already have hearing loss and tinnitus.  In my experience, a good way to differentiate the two is the “first is the worst” principle, meaning that with vestibular neuritis, the first few days of symptoms are by far the worst.  There may be additional flare ups of somewhat lesser severity that occur days or even weeks later, but symptoms never go completely away between flare ups and, if questioned carefully, the patient will admit that the first few days of the disorder were the worst.   Some patients will say that the first episode was not the worst, but this is usually because the patient is frustrated at the disorder not going away, sometimes for weeks or more.  Again, asking the patient to carefully compare the first few days or the first couple of weeks of the disorder with the severity of symptoms since that beginning period, the patient will realize that the “first was the worst”.  Sometimes the second or third “episode”, if within the first couple of weeks, is the worst.  Nonetheless, most patients will agree that the “first period”, was the worst in terms of severity of vertigo.  This “first is worst” principle will usually differentiate vestibular neuritis from other types of inner ear dizziness.  The “first is worst” characteristic can be somewhat clouded by the immediate use of anti-vertigo medications, but even with these, the lingering aspect of the disorder, lack of other symptoms, along with the “first is worst” feature, help to pin down the vestibular neuritis diagnosis.  By contrast, in Meniere’s, there should be complete absence of symptoms between episodes, thus, in Meniere’s syndrome, there are true episodes, meaning no dizziness in between, whereas with vestibular neuritis, the patient is always somewhat dizzy, made worse with head movements, lasting for weeks, months or years.  The resulting “uncompensated vestibulopathy”, found in vestibular neuritis, can last until vestibular therapy is undertaken.  In my opinion, vestibular neuritis is the cause of most cases of lingering, uncompensated vestibular disorder.   It is rare for vestibular neuritis to come on gradually with no major severe vertigo episode.